We are back again with a blog about the most popular, or should we say the most watched anime ever. Continue reading if you’d like to learn more. These are some of the most beloved anime, so don’t miss them! You’re likely to know the names of all these anime if you’re a true fan. These titles were chosen based on their popularity and impact on anime fans. We are not expressing our opinion on these titles, but we believe most anime fans will be pleased with them. Even though it’s often the red-headed step-child of The Big Three.” The story centres around Ichigo Kurosaki, a teenage boy who gains the power of Soul Reaping and is now charged with protecting humans from evil spirits and guiding the souls of the dead to the afterlife.

This story is a story that emphasises friendship and rebellion. A slew of new characters and storylines are introduced to make the story even more memorable. Bleach was also known for its incredible fight scenes, and scenes like Ichigo against Byakuya Kuchiki are still discussed.

Bleach’s popularity plummeted after its initial run. The show’s storylines and writing were almost as bad as its comedy. This is why it’s slightly lower on the list. However, it’s still very popular.

Bleach is so beloved that it has resurrected itself eight years after its cancellation. This was largely due to the continued support of fans. 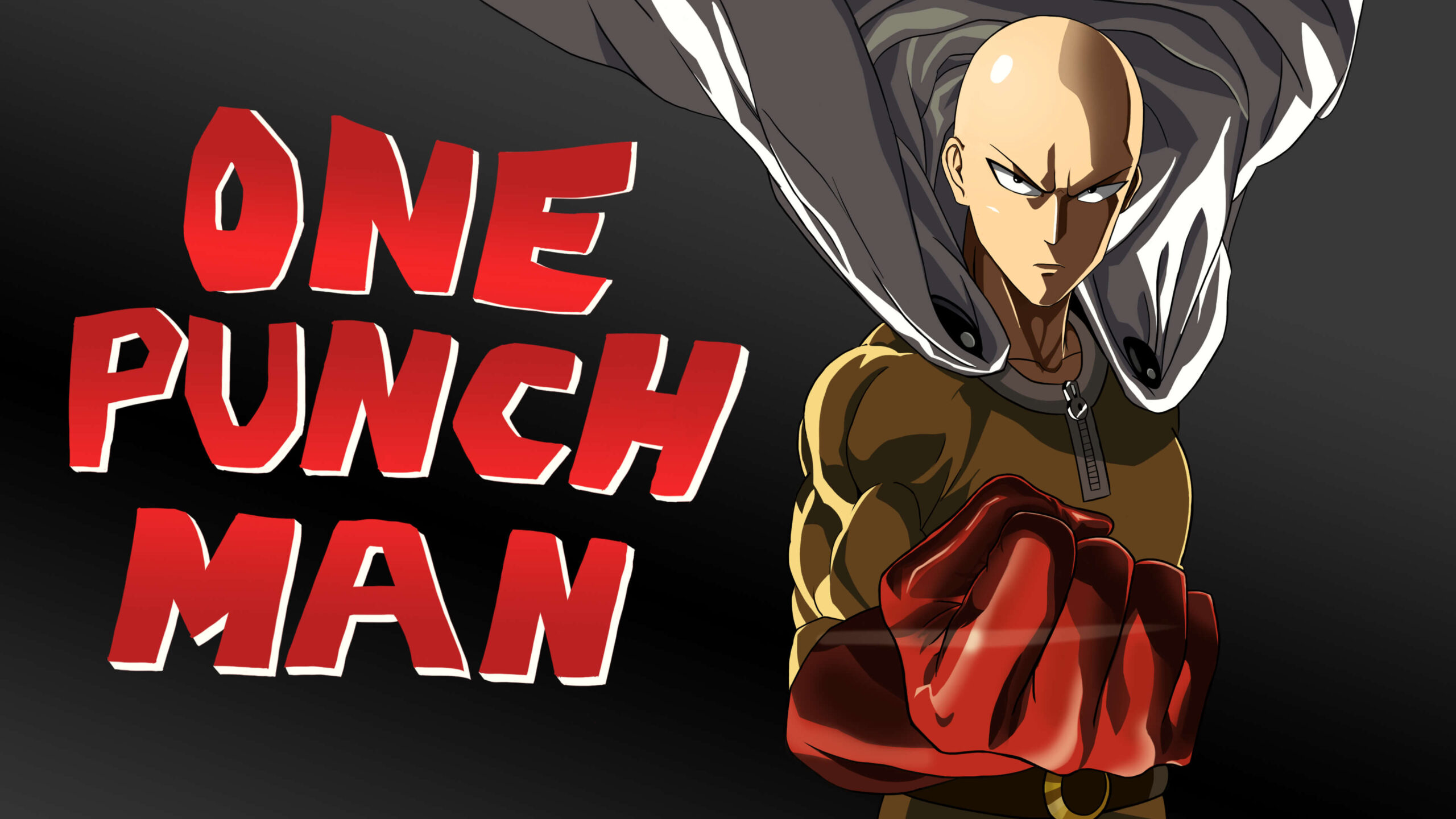 Saitama, a superhero who’s grown tired of being so powerful, ended up on the show. Each fight was just one punch. This concept allows for comedy and satire in the shonen fight scene.

This unique comedy on shonen anime was loved by many. They were astonished at the show’s animation, humour, and detailed fight scenes. Fans began to compare the show with other major anime shows in terms of characters and animation. It’s hard to find a website that discusses power scaling without mentioning Saitama and Goku.

Despite these comparisons, it is not higher than the others because season 2 was disappointing. After four years of waiting, it finally arrived. Fans were disappointed by the crude animation and the lacklustre storyline. The fights took too many shortcuts, severely limiting the stories’ impact.

Fans are eagerly waiting for the show’s third season, hoping it will bring it back to prominence. Everyone points out Death Note as the anime with the protagonist being the villain. It’s also a great show to introduce people to anime. The characters and story are easy to connect with.

This story is about Light Yagami, a teenager genius who finds a mysterious notebook called the Death Note. He soon realises, thanks to the Shinigami Ryuk, that this item gives its owner the ability to kill anyone whose name it contains.

Although his intentions may seem noble at the beginning, he uses this power to corrupt Light, creating a god-complex which results in mayhem and murder as well as a lot of cover for his trial. This is a fascinating story that anyone who enjoys mystery can read.

Death Note is so popular that there have been four Japanese and two American movies (with one in progress). The Death Note live-action adaptations in Japan earned more than $41 million. However, the American Netflix adaptation was deemed a significant success by Netflix, which has a sequel currently in development. My Hero Academia has been one of the world’s most successful mainstream anime series since 2016. The series touches almost everything in a row, whether it’s the mainline TV program or its three spinoff movies.

The popularity of My Hero Academia is large because 80% of the population have a Quirk, a superpower known for its unique abilities. Izuku Midoriya is the only person who does not have superpowers in his area.

He inherits the strongest Quirk ever created, One For All. He must use this power he get to become the greatest Hero in history. It’s simple, but it’s interesting. The idea is that only a few people have powers.

This is combined with some great character designs, quirks and underlying themes, and it’s easy to see why this anime has been so popular.

You can see the success of each My Hero Academia movie for further evidence. The film franchise has earned a global box office total of $98,380.147 since 2018. 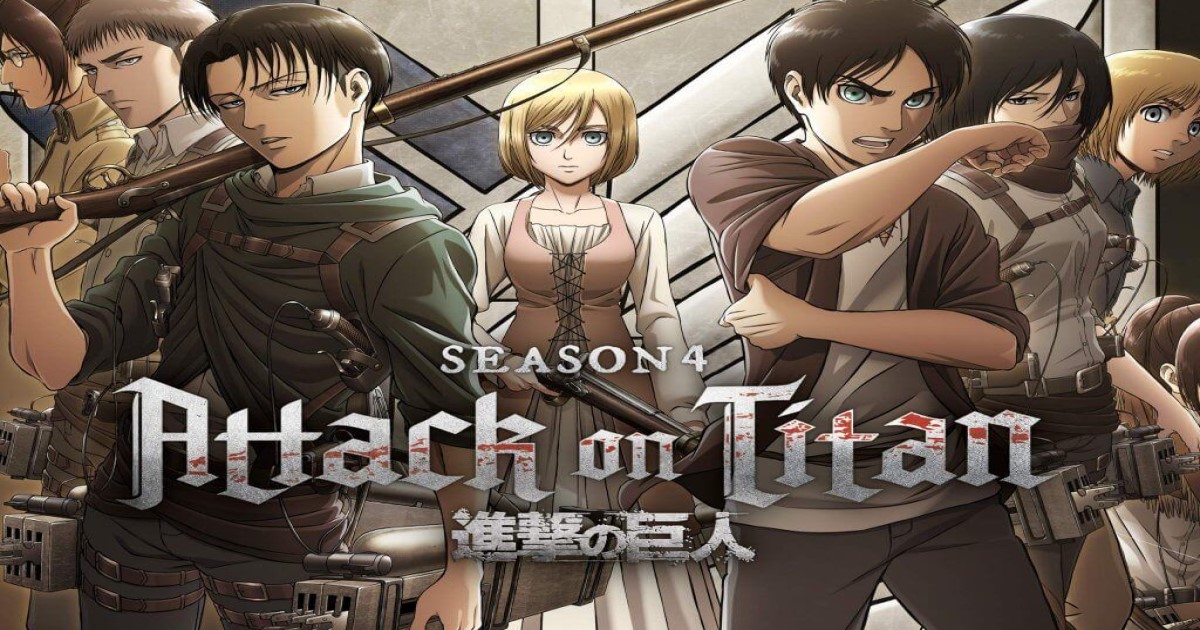 Look no further if you’re looking for dramatic and epic anime with an engaging story. Attack on Titan has a great anime series. It is filled with epic fight scenes and a rich, meaningful story. There are many sad scenes and tragic scenes. You will be moved by the many sacrifices made by characters to save humanity.

Attack on Titan is adapted from the award-winning manga. It takes us to a world where humanity is on the brink of extinction. Humans are forced to hide behind massive walls because of terrifying and gigantic creatures called titans. These titans are not hungry but love human flesh out of sheer pleasure. This makes them even more frightening. For 100 years, humans have been hiding behind walls and don’t fear intruders. Their peaceful existence is ended when a titan breaches the outer wall. The story is about Eren Yeager, his two friends, and their dedication to defeating man-eating creatures. 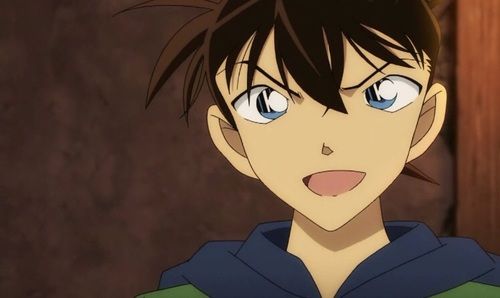 Detective Conan is sure to keep you captivated. There are funny moments, love stories, drama, and unique mysteries. It is a great place to start if you’re looking for complex mysteries with ambiguous solutions. The writers put a lot into their work.

Shinichi Kudou is the protagonist of the story. He has the remarkable ability to solve even the most difficult cases. He is just 17. One night can change his entire life. The young detective is a witness to two men in suspicious attire at an amusement park. They spot him and give him experimental drugs. His body shrinks to that of a seven-year-old boy, but he survives. Shinichi, hiding his true identity, investigates the mysterious organisation responsible for the drastic change in his body. Demon Slayer is another incredible anime that made this list. This is due to the huge impact it has had. The series, which has been around since 2019, with a storyline of demons is still a popular anime due to its incredible fight scenes and Ufotable’s animation.

Demon Slayer is the story of Tanjiro Kamado, an adolescent who wants to avenge his family’s death and make his sister a normal human. He meets like-minded and strong people, treacherous demons and misunderstood foes along his journey.

The show’s high satisfaction rates ( nearly 50%) have attracted a lot of fans and helped it break many box office records. The Demon Slayer- Kimetsu Na Yaiba – Movie: Mugen Train film grossed over $503 million with more than 41,000,000 tickets sold. It is also the most-grossing Japanese anime and film of all time.

The annual sales revenue for Demon Slayer anim ation series is $8.75 billion. This figure includes box office records. This includes all merchandise, making it one of the most successful media franchises. 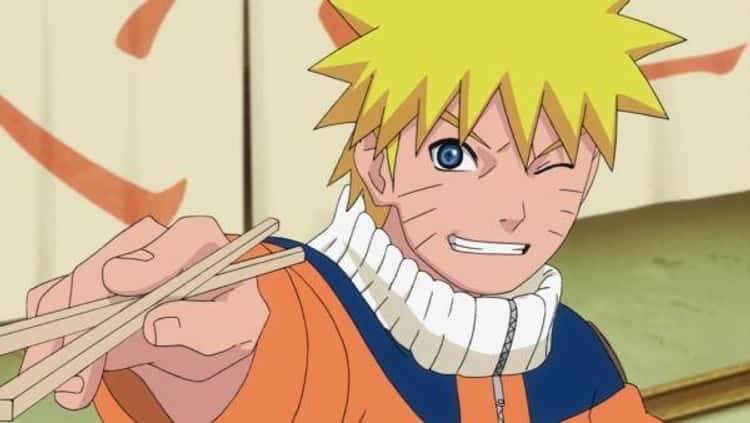 This show is full of emotion, and you will love it! It has so many heartbreaking moments, making your heartache or even cry! This anime series is hugely loved for so many reasons! It has character development. Every character in the series has a dark history that binds them to the story. It’s not hard to see that antagonists in this series are relatable, even though they have their reasons. This show shows many smart, loving, and righteous characters! Naruto is also special because of its Jutsu system. Each character isn’t just overloaded with power. Each character has their fighting style. This is what makes the series different and unique.

Naruto is about the adventures of a boy who has a living monster in him. Long ago, Nine-Tails, a powerful fox from the Shinobi Countries, attacked one of the Shinobi Countries’ villages. Naruto, the boy’s father, was the one who gave his life to stop the monster from entering his son. Many years later, the boy still struggles to find his place within this world. One day, Naruto, a hyperactive boy, becomes a ninja. He creates his team and embarks on various missions requested by the village. Naruto’s temper makes him great friends but also dangerous enemies. It’s no surprise that this anime, the One Piece is the most loved. This anime has over 1000 episodes. It tells the story of a boy named Monkey D. Luffy who later became pirate. He is a boy who acquired the property of rubber after unintentionally eating a Devil Fruit.

This rubber boy, along with a motley crew of pirate misfits, uses his newfound powers to discover the One Piece, the ultimate treasure of the world, and become King of Pirates. Both viewers and critics have praised the series’ storytelling, humour, and art.

One Piece, as a franchise, is valued at $14.5 Billion largely due to the merchandise and games created from the anime. The most obvious Dragonball is always at the top of the list. It follows Son Goku (a young boy who lives alone in the woods). He lives alone and has no friends. Then, a girl comes across him. She is looking for Dragon Balls, magical objects believed to grant one wish to anyone who possesses all seven. The girl would like to find them all and wish for a boyfriend. Goku only has one dragon ball. He doesn’t desire to give it away to anyone.

Expect lots of humour and fighting! A fighting shounen should not promise a great story. Watching these fights is not tedious, as they aren’t too long. It’s very entertaining! Indeed, animation and art here aren’t as good as modern anime. There is a charm in the older art style. Anyone who loves anime should watch Dragonball. This great anime classic is worth a look! Many people consider Pokemon their gateway to anime. Nothing beats waking up to the sound of “Gotta catch Em’ All” at the beginning of a day as a kid in the 90s and early 20s.

The Pokemon anime, like the games, caught on like wildfire in 1997. It was created following the adventures of Ash Ketchum, who travelled to become a Pokemon master.

While it may not be as popular today as it was then, it is still a hugely-watched series with over 1000 episodes. Sometimes we also watch the series when we get bored and get the same excitement. Doraemon might not be familiar to West Americans. Most of the success of Doraemon’s anime is overseas. The anime is very popular in Japan, China, and India. This makes up for the fact that it doesn’t have much international presence.

Doraemon is about a robotic cat with no ears that travels back to the 22nd Century to help Nobita Nobi, a fifth-grade student. It’s all about conquering tough obstacles in life and learning from your mistakes.

Doraemon’s films have been a dominant box office hit, despite being the longest-running anime show with 1787 episodes between 1973 and 2005. The worldwide grossing of the Doraemon franchise are $1.7 billion over 41 movies. Don’t you know about Shin Chan? Everyone has seen at most one episode or movie about Shin Chan and knows how cute and naughty children can be. We still watch shin chan when we eat; sometimes it is on Hungama.

Shin-chan was written and illustrated in Futabasha’s Weekly Manga Action magazine in 1990. It was originally a spinoff from Shinnosuke Nikaido, a character in another series by Yoshito Ui, Darakuya Shop Monogatari. These chapters were collected in 50 tankobon volumes published by Futabasha’s Action Comics.

Shinchan is one of our favorite characters and we often uses his dialogues and the way he talks.