Death Note is a dark adventure anime consisting of the story of a notebook named Death Note. Death note is the notebook used by shinigami to write down the death of humans in order to increase their lifespans.
The story started when Ryuk the shinigami after getting bored dropped his death note intentionally in order to have some fun and to know that how a human will use his death note. And at the same time Yagami Light found that notebook and start using it to kill criminals.
Death note is an adventure and mysterious anime that consist of using the brain fabulously.
You can read the story of the death note here.
But in this blog, we are going to mention bout the top 10 main characters of the Manga Series Death Note So keep Reading to know more about the characters. Yagami Light is the main protagonist of Death Note. He is the one who uses death notes and found out some new different rules of Death note and also different ways of using them, that even not a shinigami know. Yagami Light is the first character of the death note who found out about the existence of the death note. To confirm the notebook’s power he made some experiments and later on start using death note in order to eliminate all the criminals and to make a new world of decent people.
Yagami light is a high school student when he finds the notebook but till the end of the series, he joins the police force in order to catch Kira( person or a group of people who are killing criminals ). Yagami Lights is an intelligent boy who knows how to create such circumstances so that no one can doubt that he is Kira. He planned everything, does everything to remain the holder of death note and to create his new world but in the last, he failed in maintaining such a position. In the last after doing everything to keep him and his notebook safe, he died and his own shinigami has written his death by writing his name in the death note. L lawliet is a well-known detective in the world. He is the one who takes the direct challenge to catch Kira. L is a very intelligent, sharp-minded and secretive person. He bought up in Wammy’s house after being found out by watari at the age of 8. He never shows his face to anyone and always communicate through his assistant Watari and with a letter L. while investigating any case.
When he starts investigating the case of Kira, He gets suspicious of Yagami light as Kira progresses his investigation to prove this right. During the investigation, both light and L are taking each step together but in different ways to see who will win this game in the last but without any solid proof, L’s suspicion meant nothing.
He tries hard to catch Kira by following different methods but in the last race of challenge get killed by light Yagami along with watari. Misa Amane is a superstar and a supporter of Kira. She found the second death note of shinigami named Rem. Misa Amane is a cheerful, beautiful and cute girl. She without thinking twice traded her eyes with the eyes of shinigami so that she could find Kira, the person who sentenced death to the criminal who killed her parents. Trading eyes with shinigami will cost half of the remaining life span of that person.
She after making some moves found out that Yagami Light is Kira. She after meeting him decides to give his life to Light Yagami and his goals and will be determined to find the real name of L Lawliet. Misa Amane loves Yagami Light and due to this Yagami Light keep on using hr for achieving his selfish goals. In the last after doing so much for Yagami, she was left alone. Watch death know to know how Misa Aane helped Light and contacted him.

Near is the youngest successor of L. After the death of L, he accepts the challenge to catch Kira. Near is a teenage boy, who thinks of every situation as a puzzle and is able to solve any investigation. N is a very intelligent and sharp-minded boy. Near firstly represents himself as the true successor of L in front of the president of the united states and then become the head of the special provision of Kira.
During the investigation, Near also get suspicious of Yagami Light as Kira and takes the challenge to prove this right and start making moves and on other side Light also accepts this challenge but in the end unlike the last time in front of all the remaining officers of the japan police force and SPF Near proved that Yagami Light is Kira. 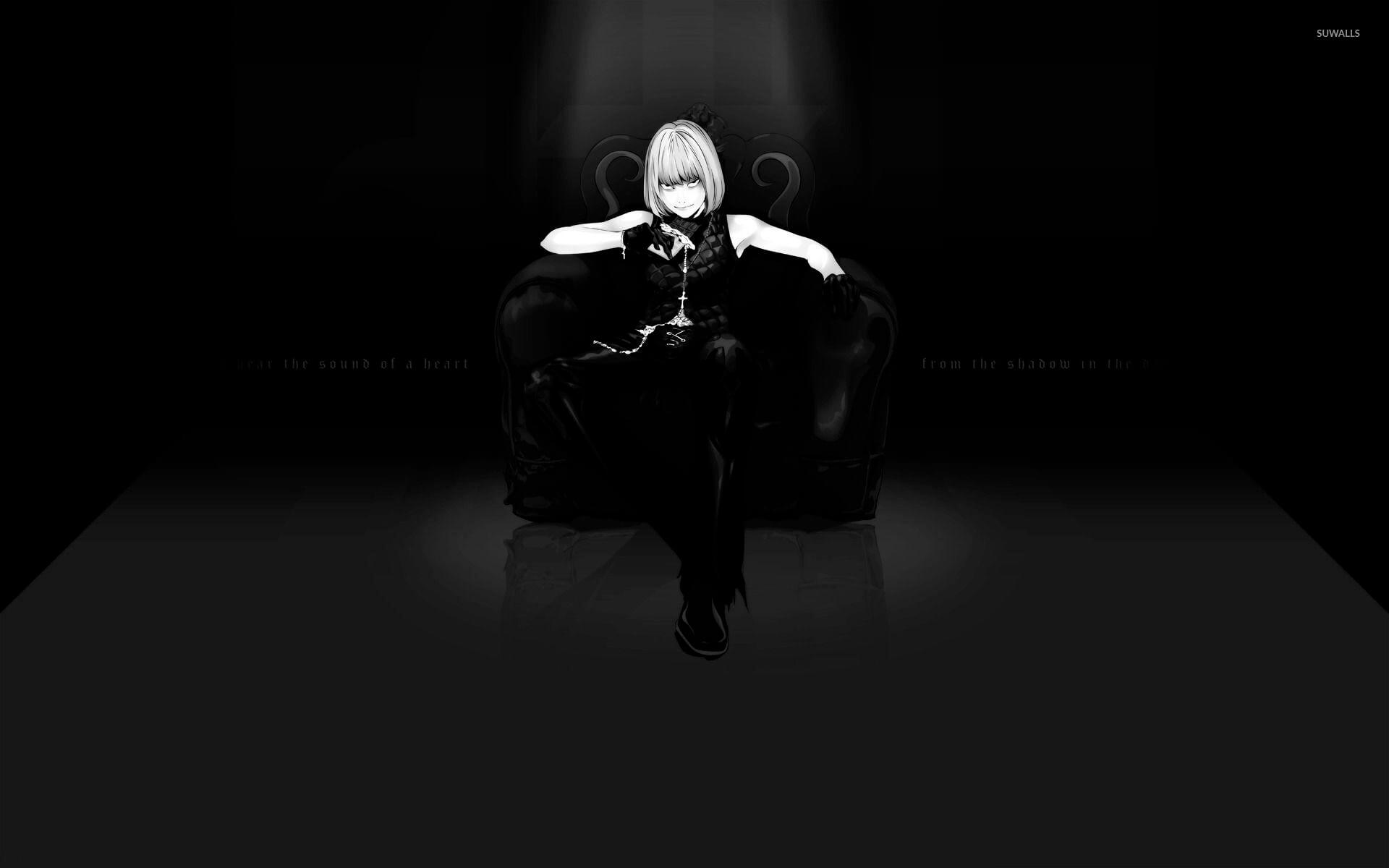 Mello is the older successor of L raised in whammy’s house. When asked to work with Near in order to catch Kira, Mello refuses after pointing out the differences among both and leaves the whammy’s house in order to catch Kira before Near. He takes help from the mafia to catch Kira.
Mello is a clever boy, after making some logistic moves he is able to get the one death notebook. But is unable to keep it for a long time and during this time, Light is also able to know the real name of Mello. And in the last to give a hint to near, Mello makes a move and get killed according to Yagami Light’s Plan. Ryuk is the shinigami whose death note is found by Yagami Light. Ryuk intentionally dropped his death note in the human world after getting bored by the Shinigami Realm. Ryuk wants some entertainment to low down his boredom. Ryuk is quite different from other shinigami, unlike others, he doesn’t want to sit and pass the time in shinigami real, rather he wants some entertainment. He says Yagami Light is interesting.
Till the end of the series, he withholds all the information about Yagami Light and his doings and does not reveal the truth in front of anyone even after asking. He is addicted to apples, he helps Yagami light in every possible way. But in the last, he is the one who wrote Yagami light’s name in his death note. Rem is a shinigami who gave her notebook to Misa Amane. Like Ryuk, Rem also has two death notes one is her own and the second death note is of a shinigami named gelus, who sacrifices his life in order to save Misa’s life after getting in love with Misa. This is the reason for rem to come into the human world and give one death note to Misa.
Rem is not like Ryuk, she is even willing to sacrifice herself for Misa and in the last, for Misa, She breaks the rules of the shinigami world and writes down the death of L Lawliet and his assistant watari.
Even the writer Takeshi Obata said that he likes Rem because she is a good person besides the fact that she is a shinigami. 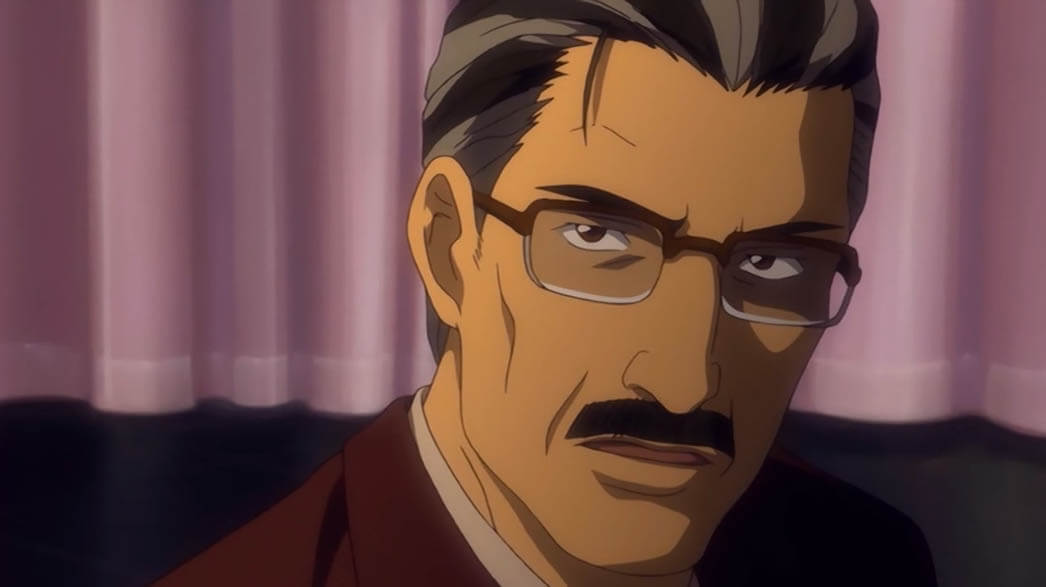 Soichiro Yagami was the father of Light Yagami and the Chief of the Japanese police force. He is a kind man with a strong sense of justice. He did his best till last after quitting his job in order to catch the real Kira. Till his death, he believes that his son Light Yagami is not Kira. To prove this he did so many fair things and goes so far, even kidnapped his son and create a hypocritical situation. To know how Soichiro Yagami helps in solving the case, you must watch death note.

One thought on “Main Characters of Death Note Manga Series”