Death Note is a very popular name in the world of anime. It is one of the best Top animes. The Story of death note is based on a notebook named Death Note which has phenomenal mysterious power as whoever’s name will be written on it will die within 40 seconds. Death Note is a notebook of a Shinigami ( God Of Death) who can kill any person and have the ability to get the name of any person they see with their eyes.

One day Ryuk ( A Shinigami), after getting bored of Shinigami’s lifestyle and to know how a human will use death note,  dropped his death note in the human world. And On the same day, A high school student and a genius light Yagami found out that notebook. Firstly he doesn’t believe in it and tested it twice and after experimenting, he gets surprised and also exhilarated by the destructive power of death note.

Later on, After getting the Death Note, he decides to be the ultimate justice provider and starts writing names of all the criminals in it in order to build a new world with no crime and criminal and where he will become the ultimate God of Justice.

However, After increasing the death rate of criminals, police quickly recognized that the serial killer is only targeting criminals but could not get any clue of his existence, So to solve the mystery of the death of criminals, The Japanese Investigators call of the best detective in the world only recognized by the name L ( A young and outlandish man).

So after calling for L, the case started solving step by step, It is a mystery who will find whom first, Is it gonna b L or Light. Light Yagami is the prime mover character of the anime series death note. He has been shown as a genius and topper of his school. He is a hardworking, intelligent, and genius child. He is good with problem-solving who doesn’t do any inappropriate things. He is a mature boy. He is very good at planning and considers every possible aspect before taking any decision and always adores by his family.

Just like his father, he also has a good sense of justice but being mad with the power of the notebook he has done so miserable things in the name of justice. He believed that the world is rotten and after getting the death note he got a chance to wipe out all unnecessary souls from the world to purify it with good humans.

His main goal throughout the death note series is to make a new world of good humans and to be a God of that new world. He keeps on killing criminals without considering his actions as evil to achieve his ultimate goal. And in the end, he has to pay for his sins.

L lawliet is the second main leading character of the death note series. He has been shown as a  suspicious and a reserved kind of person who doesn’t like to communicate with others and only talks through his assistant Watari. He doesn’t like to show his face, Every case he has taken except for Kira’s case, He never shown his face to anyone else. He always represents himself as the word L.

L lawliet is a very intelligent and quick observer. He is the one who is able to suspect the real motive of the murderer before anyone else. If tlk about L’s past, he has been found by Watari when he is 8 years old and has been taken to an orphanage named Wammy’s House. After some time, Watari realized the intelligence level of L and later started assisted him in cases.

He is a well-known detective who made his name as the greatest detective at a very young age. He is the one person who takes the direct challenge to catch the evil criminal Kira ( who is murdering criminals one by one). While Investigating Kira’s case, L Lawliet becomes suspicious of Light Yagami and makes it his goal to prove that Light Yagami is Kira. N or say Near is the younger successor of L Lawliet in the death note series who is raised in Wammy’s house. N is also very clever and intelligent just like L, but his innocent childish appearance can cause confusion in other’s minds to question his abilities. He has an invincible ability to solve any complicated problem in a very easy and smooth way. He views every investigation as solving a puzzle. He is a multitasker and a very observational kind of person. He is even able to monitor many screens at once.

He has some really great mental abilities but he has quite low social knowledge and is also bad with interacting with others among all the Death Note characters.

After the death of L Lawliet, Near begins his investigation in Kira’s case and starts gathering pieces of evidence over a period of 4 years.  After Revealing himself to be the true successor of L Lawliet, he becomes the head of the special provision for Kira and continued his chase for Kira. He soon realized that Light Yagam is Kira after making a contact with him.

Date of Death: Not specified 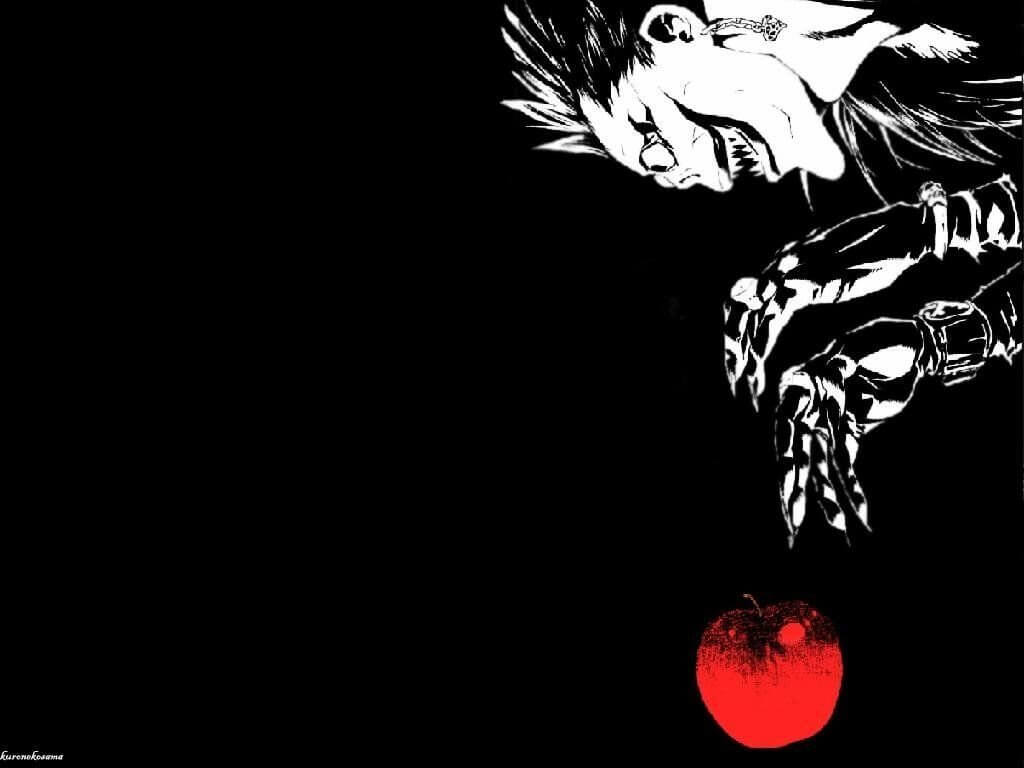 Ryuk is a Shinigami who lives in a shinigami realm where all the shinigami live. One day he get bored from doing the same work again and again so he thought to drop his death note to the human world so he can see how a human would use his death note.

After dropping the death note ryuk went to the human world to check on his death note and was surprised with the number of people murdered by light Yagami in a short period of time. So he became very interested in the game of light Yagami and the L.

Ryuk also came to know about many new loopholes about death note because of the intelligence of light Yagami. He also loves apples and became addicted to the apples of the human world because he finds them very juicy and tasty while the apples on the shinigami realm taste like sand.

Blood Type: Does not have any blood type or blood because he is not a human. (In sarcastic voice).

Date of Birth: Not Available since he is a shinigami

Date of Death: Not Available since he is a shinigami

Death Note is a mysterious and thrilling anime series. If you are a true fan of animes and loves watching some full of mysteries anime then this anime is for you. Try to watch it out and comment down which character of the death note series you liked the most. If you want to know about more characters read our blog.