Anime adaptation of the spin off series of the sci-fi video game Cyberpunk 2077 has been first announced in 2020 and till then we have waited for at least more than one and half a year. But did not hear much of the news after that and looks like the studio trigger is busy working on the project. We can surely see the release of the netflix anime series Cyberpunk Edgerunners sometime in 2022. Yet no official or exact release date has been released. What Will Be The Release Date For Cyberpunk Edgerunners?

While talking about the netflix anime series Cyberpunk Edgerunners, there is not any specific date we know about its release. The release timing we know so far is that the series will release sometime in 2022.

With CDPR set to release the Next-Gen rendition of the game in the first quarter of 2022, almost certainly, the anime will be coming subsequent to, accepting that all goes flawlessly with the most recent update of the game.

CDPR will obviously be expecting to reproduce the success of Arcane: League of Legends, bringing considerably more likely fans to the universe of Night City and Cyberpunk 2077 as an establishment. We will surely update this blog as and when an official release date is announced  for Cyberpunk: Edgerunners on Netflix. 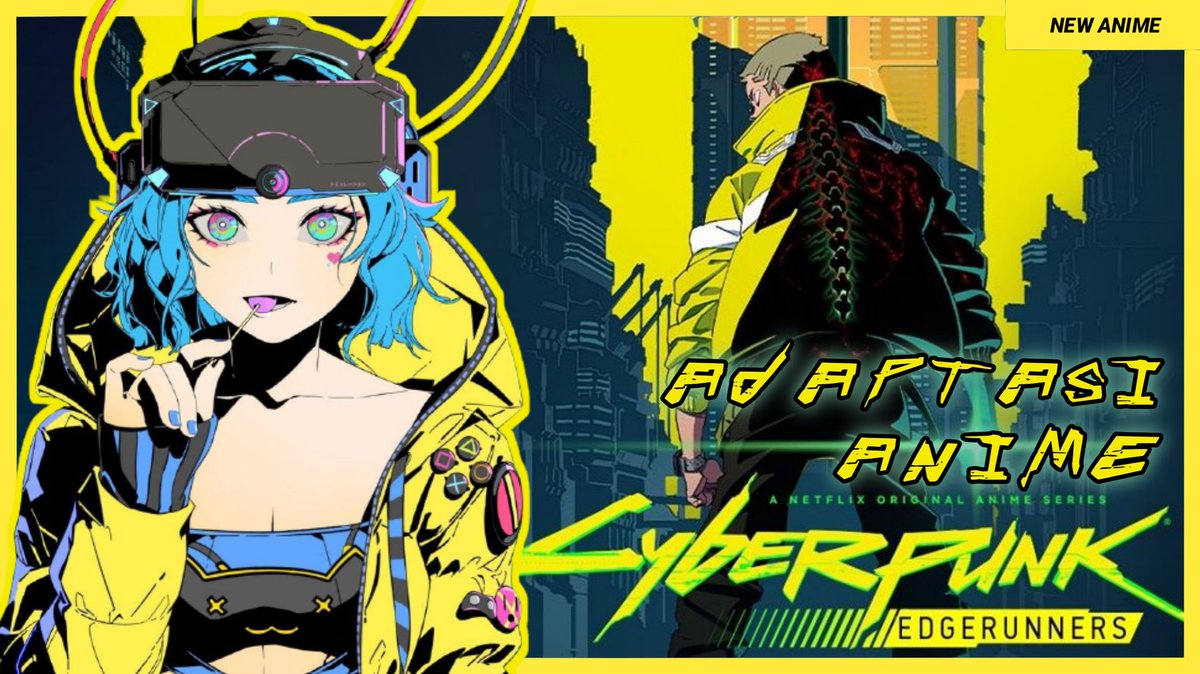 What Will Be The Story Of Cyberpunk Edgerunners?

As you all know that usually a series that is followed by a game will follow it’s storyline when it is adapted into an anime series. So this is exactly what we will be going to see in the Netflix series of Cyberpunk Edgerunners. The story of the anime will follow the story of a street boy who is desperately trying to survive in a a city which is highly obsessed with technology and body modification of the future.

The location of this obsessed city will be set in a dystopian future. And to survive in this city, the kid will become a cyberpunk who are also known as edgerunner who are mercenary outlaws. It will be a futuristic and standalone series fully based in the Cyberpunk 2077 universe. Apart from all these things, we also have news regarding the Rockerboy (played by Keanu Reeves) tht we will not be going to see him in the series. We truly believed that his presence in the series might have caused a bit of distress to the fans.

However fans are also hoping to have a series on Reeves’ character also if the Cyberpunk Edgerunners will manage to become a success. We have also heard that the series will have a total of 10 episodes. What Is Production Status And Cast Members Of Cyberpunk Edgerunners?

Anyway as per the timetable of creation refreshes from IMDb, “shooting” started on April seventh, 2021, and closed by September tenth, 2021. As for Cyberpunk: Edgerunners is an animated series “shooting” that could show when the projects of the various names were recorded. Sadly, we are as yet standing by to learn assuming that any accounts occurred.

And for the cast members, we still have to look about it as yet no official information has been released by the production or direction department or netflix.

So that is all we know about the upcoming Netflix anime series: Cyberpunk Edgerunners. We will inform you all with any further news if we heard of any. Till then keep safe, happy and healthy. And for further updates keep reading our blog.